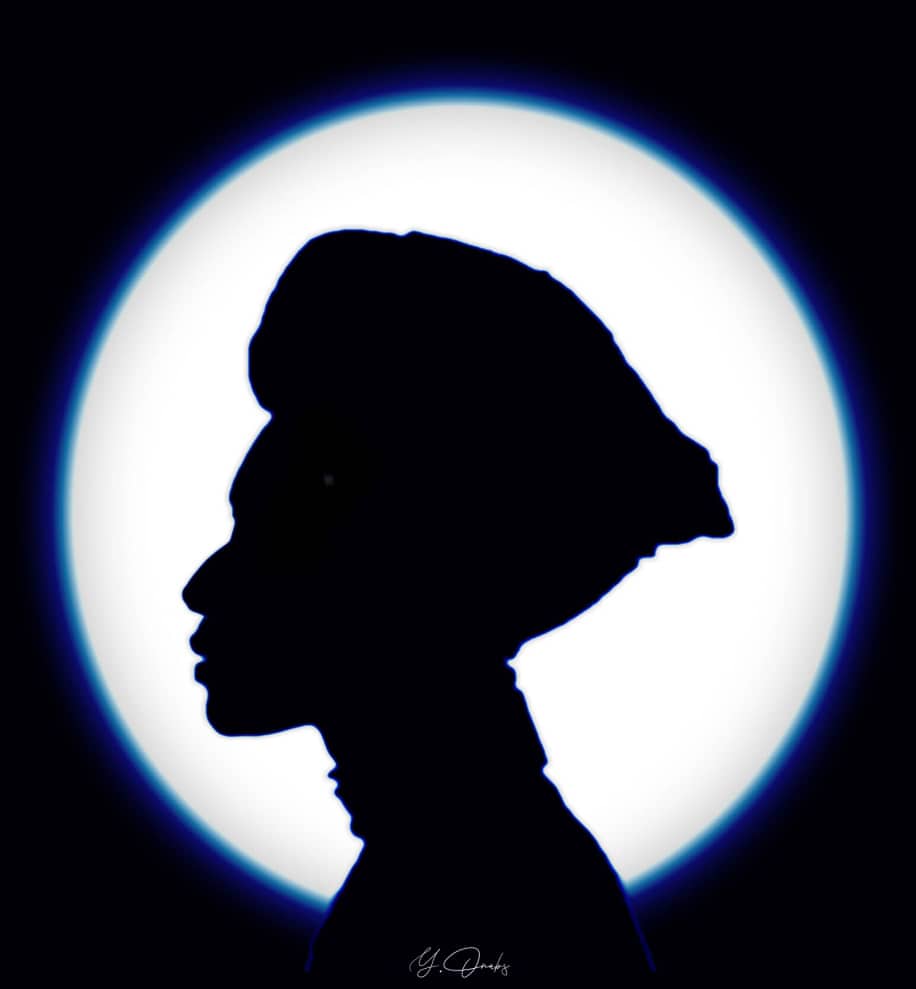 Heloooo
heloooo
oh my gosh, it’s dusty here, pretty much cobwebbed.
uhh
yeah, dear readers, it’s been long since I posted here, it’s my fault. I was too busy to remember that I even own a blog room. I apologize.
Actually, henceforth, I’ve decided to be posting stuffs here.
what kind of stuffs will I be posting? you should ask.
I will post things that are entertaining.
you will get Poems, Stories( not just any story but real life stories, something that happened or is happening to me or anyone). I will also be posting videos and some gossip news.
Okay! Yesterday, my friend and decided to go on 14days poetry challenge.
yeah. infact I was supposed to post it earlier today but something came up.
But I’ll still post it…
So what y’all will do for me is to read and comment your most preferred poem…yeah, you will be the judge for fourteen days and on the last day, I will unveil the face of your favourite poet…my heart is already racing.
so here I come…..ring the bell 

The anchor that holds my heart
Keeps its fire of hope and faith burning
Without you, oh ANCHOR, I would have drown.

Right in the ocean of thousands
My heart fells firm and safe
Unmoved by the tides of odd lust and all
Thanks to you, oh ANCHOR of anchors.

As a little girl, I used to be home alone
the mirror in my room was my world,
I twirled in estacy and in admiration of my reflection
every morning and evening,
speaking to myself and raising every
reasonable and unreasonable argument my head could find

Though it was quite late, I had to find something to eat, the night will never sleep if I don’t eat; I dragged my tired legs to the mini night market-I had a long evening walk earlier; the usual evening walk had something to do with a secret part of me, it’s something I can’t resist.
The night was cool, I rested my thoughts on the gentle breeze.
A line from the music I played earlier got stuck on my head
“…the only friend I had wore black and red”
It resurrected the feeling of loneliness and depression within, something strong but unexplainable.

“Hey, ogbanje!”
An unknown voice dismissed the illusive world, My curiousity was arrested, but I won’t be found yielding. I pretended as if I didn’t hear anything.
“Hey you, I know that you are an ogbanje and you can’t deny it”
it’s the voice of a young man, who could he be? It was obvious that he was referring to me, but I still didn’t try to pay an attention to him .
I picked a bread from the bread rack, owned by an old lady whom I usually buy beverages from; that was the only thing I could think of buying, I had no strenght to prepare a suitable meal.

“Mama how much is this?” I asked

“You no wan answer me abi…” the young man interrupted,
“…You think say I no know who you be?”

At this point, he was getting on my nerves, but I managed to squeeze out a fake smile.

“No mind this man, na joke im dey joke” the old woman laughed rhetorically, possibly hoping it was a joke.

“Ask her, She knows what I’m talking about, if I see ogbanje, I dey recognise them” he said to counter her unbelief.

“Yes I’m” I answerd blantly, shock was clearly registered on her face.

“I talk am…” sounding like a prophet who just saw a vision for the first time.

“…I can never marry someone like you, Godforbid, you owe a lot to the person who have you the mark on your face”.
I stared at him like an angry demon,

“He doesn’t deserve to live” it wasn’t me talking, he has awoken something in me….

I hear voices coming from the wilderness,
I see a stampede running down the mountain,

The screams grow shriller, nearer
The ground is shaking, louder

I hear the voices of a people,
A cry for revolution.

I know him,
I know him very well
He was the little boy that usually play with me round the well,
Blessed with a fair Chinese look
No words to define his handsomness.

Years later I heard,
“He died few days ago.”

The news tingled my ears
I hoped I didn’t hear well,
But it was certain,
He died.

Why?
How could he die? I mourned.

“He took hard drugs, and it damaged his lungs.”
Unbelievable! But he was just 19.

“He knew he would die,
he held his mother’s hands and pleaded”
“Mum, please let me live, I promise to serve God with my life”
Those were his last words.

If only she could save him
From the snitching hands of death,
Maybe he would have been the son she never had.

I hope you’ve gone to a place where pains can no longer reach you.
RIP.

The lies that we tell to ourselves,
untold stories that we hum to ourselves –
stories whose words fail to haze in listening eyes;
stories whose history we munch at supper
when our stray eyes recall our youth-hood –
a past draped in ‘Responsible’ plaques–
so we wonder, “What are we doing here?”

Well, home is where we call here!

Those sweet tales we munch stealthily,
some pitch of ‘Vision’20’ vestiges…
Scoffs –at the ‘higher ups’, and their mis-reps,
a pitch firmly warped in Northern ‘illiteracy’;
Western ‘over-sabi’ racketeers;
Southern clamor –woolgathering,
and the Eastern hate for all things ‘un-theirs’.

Yet, home is where we call here!

Some creative spirit kips in our mother’s kitchen,
its joyful resilience puns lampooned comedies;
its six decades of intricacies flails too –at age,
at the many tethered unions:
‘Biafran’, ‘Bayajiddan’, ‘Omo Odù…’
Enrolment by revenue –
or by loss.

But, home is where we call here!

Well, I can only try,
to wipe the dry tears;
to sniff it all away,
to tell you my –our– story:
a story, not of failure, of a becoming;
a story, not of a nation, of a people –
a people whose home mirrors.

You can follow up on his page to read more amazing poems @ https://beingtheepiphany.wordpress.com

Ouuh (coughs) this place is very dusty (coughs again) where are the brooms, please I need a bucket and a mop stick, a lot needs to be put in place😩

Yeah yeah, Krietivenation’s blog is now back 🤓 we have been off for a while but it was for the best, trust me….and yes, we are going to be giving you something that will make you come back for more everyweek🤭.

Yeah, it’s no longer news that today is Nigeria’s 60th anniversary🥳🥳. Personally, krietivenation is wishing Nigeria and her citizens long life and prosperity. Can I hear a round of applause👏👏

Yes without much ado, I will like to go straight to the point.
This evening Krietivenation has decided to share an episode on how some Nigerians celebrated their country. There’s so much to say, but everything that needs to be said will be said with pictures. yeah pictures, you read right,😂😂. Also, we have a video for you all… calm down😄

But first, let me celebrate Nigeria with my own picture🇳🇬

so let’s take a look at other pictures…

Before I drop the video, I would like to ask you; How was your day😊😊? Feel free to drop your comments and like😊😊.

Hi,
Really missed you,
What have you been up to?
Had my mind on you all-day
Hope you’re okay
Miss our long talks
Nothing specific
Just watching the way your lips moves;
Very addictive.
Remember the way your eyes glisten
Like the moon in the sea
Too mesmerising orbs
Of pure beauty
Your Skin, like silk
Soft and velvety
Looks like chocolate
And feels like a cream.
The figure of a model,
Perfect and curvy.
Could watch you walk for miles
And still, be obsessed.

Anyway thought you should know;
I’m back in town
Been on the low
For a week now
But I wanna meet up,
Nothing big,
Hoping we could talk
Over dinner.
Wanna catch up,
Know what I missed,
Tell you about my experience
And how I lived.


Got you a gift
It’s a bit small
But worth a lot
It’s valuable to me,
More than money.
It’s round and shiny
Bright and a bit heavy
With a beautiful blue rock,
It has the Shape of
a heart on it,
A gold band.
I wanna give it to you
Hope you’ll accept it,
Cos all I want now
Is For you to be mine.